Buying, and Karma, and Searching! Oh, my!

How to Build a LEGO SpaceX Falcon Heavy Rocket - Part 1 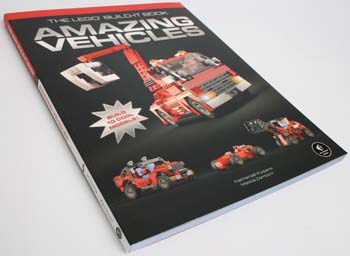 I mentioned this book previously, but due to a delay in publishing I got the timing wrong. Now this book is on the shelves and you can buy it from your local shop, or online from No Starch, Amazon or eBay. I bought the PDF version from No Starch but then was unable to download it after dozens of attempts. As luck would have it, I found it on the shelves of a department store (not even the book stores had it) and bought a physical copy too. Naturally, I tried the PDF download one more time and it worked :)

I'm a bit late in getting this book reviewed. I was hoping to find a reasonably priced 5867 set to go with it, but living in Australia has one downside - everything costs a fortune to deliver here.

The book contains ten models designed by Nathanaël Kuipers built from the parts of set 5867 Super Speedster. Nathanaël was previously a designer working at LEGO and was the creator of several Technic sets such as the 8292 Cherry Picker and the 8674 Ferrari F1 Racer. You can also see the MOCs Nathanaël has added to Rebrickable.

The book has a very nice finish and looks amazing. It even mentions Rebrickable :) It has an introductory section that briefly talks about the types of legal LEGO connections, and demonstrates the relationship between brick widths/heights/lengths. This provides a great setup for anyone building the models within this book, as it really makes you aware of the techniques used in the construction. It's easy to blindly follow instructions and not really understand what is happening otherwise.

The ten models are split into two groups of five - basic and advanced builds. The advanced models are prefaced by another section which explains some of the more advanced build methods such as reinforcement techniques, sideways building and hinges. And all without using the word SNOT once :)

As the title suggests, the models are indeed amazing. It really showcases Nathanaël's talent, and I'm sure there were a lot of other superb models he built but discarded to settle on this final ten. The original Super Speedster was already a great build and made some use of advanced techniques. However, I think Nathanaël's models are even better. Plus, all ten models are unique - even though they are all vehicles, there's very little in common between them. 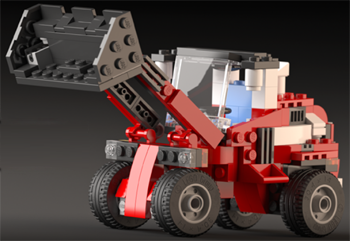 The book itself is also a work of art. Mattia Zamboni is the graphic artist behind its design and 3d renders. The renderings in particular are incredible. The individual parts are modeled down to the minutest details, e.g. the tyres have writing on their sides; and the edges of every part is slightly rounded off to avoid any unnatural sharpness. This goes well beyond what the LDraw parts models do (which are the ones I use on Rebrickable for parts images). I know of the old lgeo library which did this for some parts but I'm guessing these ones were probably created from scratch. Plus, the shallow depth of field renderings really give them a photo-realistic look. It would be very hard for the average person to realise they weren't photos at all.

Unfortunately, the 5867 set is discontinued now and is getting hard to come by. For me to buy it now would cost around $100-$125 including shipping. Buying the individual parts is a much cheaper option from Bricklink or BrickOwl. Hopefully, the next Build-It Book of alternate models will come out sooner after the set it's based on :)

Nathanaël continues to create amazing alternate builds of popular Creator sets. You can see them on his NKubate website, including what appears to be ten more 5867 models that I assume will be in his 2nd book.